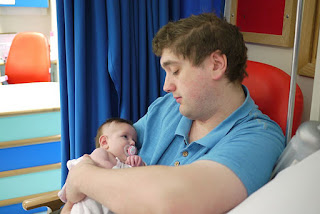 Jessica is now back on PICU and currently stable after a very long and anxious day for us all yesterday. We had some lovely cuddles and smiles before Jessica went off to theatre around 9.45am and then we had an anxious wait for news. In the meantime, Michael helped decorate the ward ready for Christmas (being tall enough to hang the baubles from the ceiling without needing a ladder!) and Louise added some more photos to Jessica’s memory book. 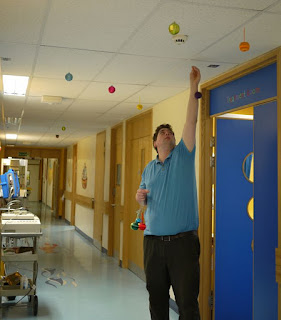 We received regular updates from the anaesthetist to let us know that things were progressing and at 6pm we finally heard that Jessica was off bypass and would be ready to go to PICU around 8pm, although it was 10.15pm before we were finally able to head down to PICU and see her.

The operation was much more difficult than anticipated. The aortic arch repair was successfully carried out but there was a lot of fibrous tissue around the pulmonary bands which caused problems with removing these. The wall of the pulmonary artery was very thin and split which meant it needed to be patched. Mr Haw, our surgeon, attempted to insert the Glenn shunt and this was done but the pressure gradient across the lungs was too high for Jessica to be able to cope with this in place and so it had to be removed and the site where it was inserted re-patched. It meant that he needed to insert a Norwood shunt which uses arterial pressure to help blood flow around the lungs (the Glenn shunt uses venous pressure).

Basically, what this has meant is that instead of being able to carry out the two operations as hoped, Jessica has only had the first stage (Norwood) operation and will still need the second stage (Glenn) operation at a later date. Her pulmonary blood vessels have been quite damaged and will need time to repair and re-grow before this can happen. 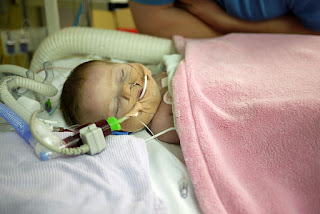 Because of the length and difficulties involved in the operation, and being on heart bypass for a long time, we were warned to expect a stormy ride with regards to Jessica’s recovery. Our feelings of relief after seeing her on PICU immediately after the surgery and seeing that she was stable did not last very long. We had just taken our suitcases to the family room opposite PICU when we received a phone call asking us to come back immediately. Jessica’s oxygen saturations were dropping and Mr Haw needed to open her chest immediately as this was likely to be due to a blood clot in the shunt. 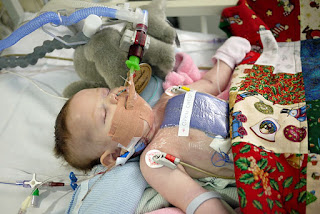 As the team carried out the emergency procedure on PICU, we waited anxiously in the family room. Thankfully, we did not have too long to wait for news – after about 45 minutes, we received a call to say we could come back to PICU. Mr Haw informed us that there had been a blood clot and after removing it, Jessica’s saturations had picked back up. Jessica’s chest had been left open with a membrane covering it in case the procedure needed to be repeated, but if things remained stable, the plan would be to close the chest on Friday.

Overnight, Jessica has remained stable although we may have a bit of a rollercoaster ride as she recovers from this latest surgery. She is on the ventilator at the moment and heavily sedated but it is just so good to be able to be with her again. We will continue to post regular updates over the next few days.